Bullet Club said:
It will be interesting to see who bids on who, especially if anyone bids on Reef McInnes.
Click to expand...

Crows could bid.
I know we want to get another first rounder for next year so the noise about us bidding of Reef might just be to spook the Pies into trading for our pick 9.

Valued Gamer said:
Crows could bid.
I know we want to get another first rounder for next year so the noise about us bidding of Reef might just be to spook the Pies into trading for our pick 9.
Click to expand...

Some of the mock drafts have the Crows getting him with the Pies not matching the bid. Full AFL phantom draft: Every pick by every club predicted by our draft expert

Full AFL phantom draft: Every pick by every club predicted by our expert

In the mix: Collingwood might have to match an earlier bid for McInnes given Adelaide and Essendon’s links to the midfielder. The Pies could get lucky though, with talk in the last 24 hours suggesting a bid may come near the 20s.

The draft can be watched here:

No bids on Reef. Very nice!

You can see all the picks here:

'A fantastic step forward': AFLW to charge for tickets in 2021

Collingwood co-captain Steph Chiocci says fans will be willing to pay to watch AFLW games next year after the league decided all matches in the 2021 season would be ticketed.

Amid a raft of announcements on Thursday, the AFL revealed that the 2021 women's season would proceed without hubs or conferences and that adults would be charged $10 for entry. The fixture is set to be announced on Friday, with round one to begin a week earlier than usual on Thursday, January 28, getting in ahead of the delayed Australian Open.

Children will still have free entry to AFLW games although tickets will still be required for kids in a bid to help contact tracing.
"I believe it's a fantastic step forward towards having a sustainable and equitable future," Chiocci said on Thursday.

"I think you'll find our supporters are as loyal [as] anyone and are just as invested in playing their part in growing the game, as we are in playing, so yes, I believe they will pay."

As part of the suite of announcements, the AFL confirmed its men's competition would feature 20-minute quarters plus time on in 2021, reverting to the traditional format after reducing game length in response to the need for a compressed fixture during 2020.

In 2020, there were 16-minute quarters and the AFL contemplated playing 18-minute quarters next season, but after consultation with clubs, broadcasters and supporters it decided to resume with the same length as was in place in 2019.

The league will retain a 20-minute break at half-time and six minute breaks at quarter and three-quarter-time, but will have a gap of 50 seconds between goals.

It's unclear whether the league will be able to have a "footy frenzy" with games every day for 20 consecutive days, as occurred in 2020 with the reduced game length and players living in hubs. But they will be in a position to release the first six rounds of the fixture before Christmas.

The league had indicated it may not have been in a position to release a fixture until February but the eased border restrictions and the improving COVID-19 situation in Australia has enabled it to develop a fixture with some certainty up to and including the Anzac round, with the traditional Anzac Day clash between Essendon and Collingwood held on April 25.

The AFL informed clubs that, at this stage, it plans to release rounds seven to 23 in blocks of approximately four to six weeks, with at least four weeks' notice to allow clubs, broadcasters and fans to plan.

The newly created VFL/East Coast league will also have 20-minute quarters plus time on, with the fixture yet to be determined.
Meanwhile, the AFL has abandoned its controversial AFLW conference system for a single ladder. The decision to abandon the conference system has been made in order to maximise the chance of a season being completed should another coronavirus outbreak occur.

"We are proud the 2021 season will see all matches ticketed, we have listened to supporters of women's football, who continue to indicate a willingness to pay to attend AFLW matches and support the growth of the competition," AFLW chief Nicole Livingstone said.

The 2020 AFLW season ended without a premiership being awarded because of the impact of the pandemic.

"The absolute commitment from the AFL remains to complete the season and award an AFLW premier in 2021," Livingstone said.
"We have been working hard behind the scenes to not only ensure the season commences, but also to allow for us to remain as adaptable as possible as the season progresses in a constantly changing environment."

The league has committed to nine home and away rounds plus three rounds of finals next year, in accordance with the AFLW collective bargaining agreement struck late last year.

The grand final is scheduled to be played on the second weekend in April.

Its time. This whole period has been tumultuous at best, utter shitshow at worst.

If we make the finals he'll get another year or 2. If we miss, he might be done. Hannah Mouncey said she is planning to initiate legal action against the Australian Football League over its new Gender Diversity Policy.

Tonight's AFLW season opener has sold out. It's a reduced capacity of 7k, but it's still pretty good seeing how they are now charging for tickets.

The AFL Live app is done and dusted. The NRL one too.

Eddie stands down as Collingwood president.

What do you make of it mate?

There's been too many distractions over the years, so I admire Eddie's willingness to move on now, though I fear that it won't kill the issue.

farmerboy said:
What do you make of it mate?

There's been too many distractions over the years, so I admire Eddie's willingness to move on now, though I fear that it won't kill the issue.
Click to expand...

Overall he's been great for the club but it was time to go.

Barely any defending due to it being pre season.

It's going to be good to have a crowd at the MCG for the first time in about a year and a half.

The Lions were totally screwed by the umps.

Tigers over the weekend. Perfection. That comeback!

We're having a bad season at the Pies, but things could get worse: Ross Lyon has ‘roared back’ into the senior coaching picture. But if he returned, there’d be a few caveats

Ross Lyon has ‘roared’ into Collingwood contention. Here’s what he would need to return

Bullet Club said:
We're having a bad season at the Pies, but things could get worse:

Ross Lyon has ‘roared back’ into the senior coaching picture. But if he returned, there’d be a few caveats

Ross Lyon has ‘roared’ into Collingwood contention. Here’s what he would need to return

Agreed. Mate, just quietly, I'd love someone like Choco Williams.

There have been some rumours around that Williams is in with a chance.

Bullet Club said:
There have been some rumours around that Williams is in with a chance.
Click to expand...

Doesn't want to senior coach apparently, but I'd do whatever to get him. I want someone passionate about the game. Not sure if he's got the chops for it. But let assistant coaches be the tacticians, we need someone who can rally the troops. 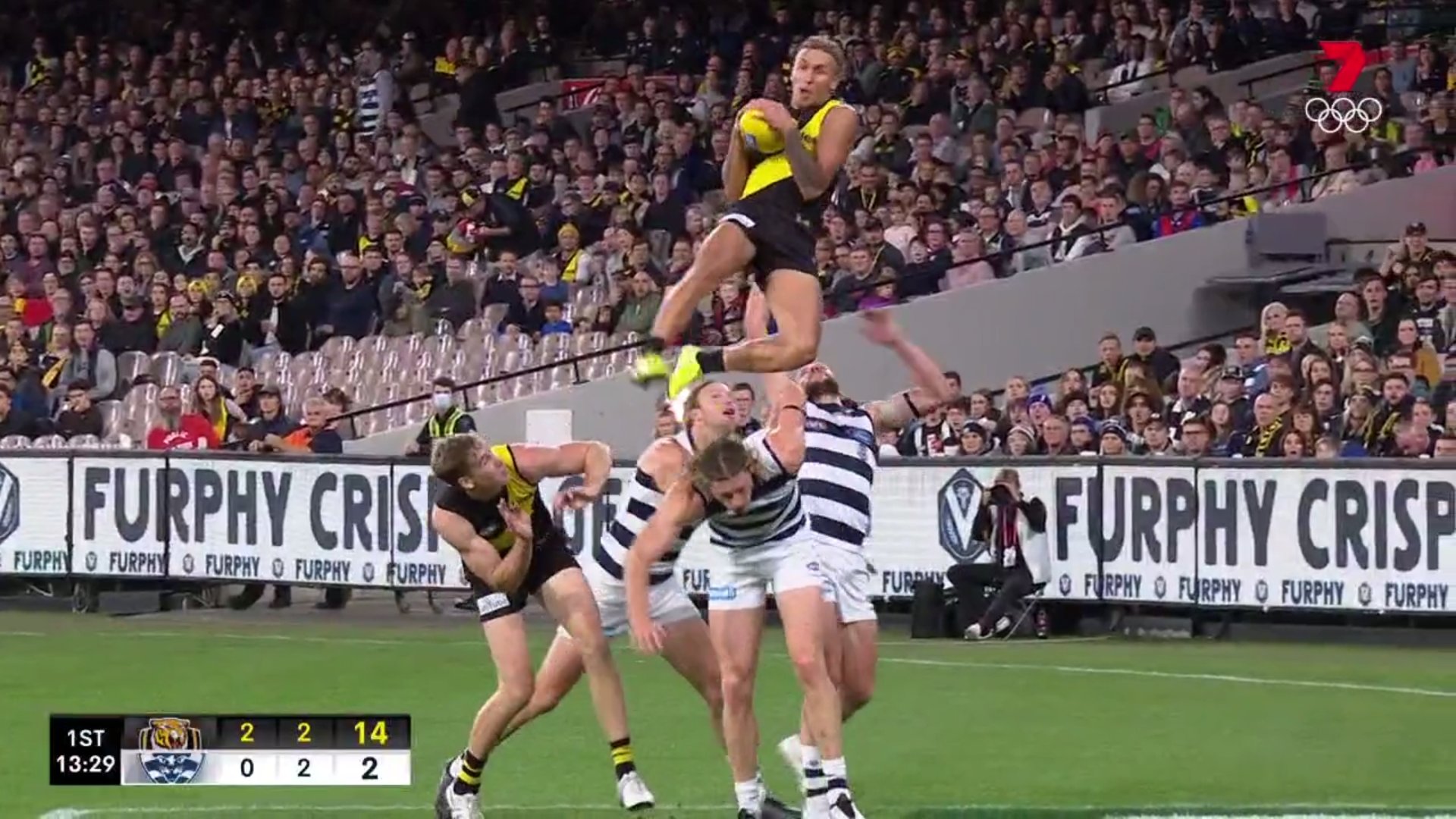 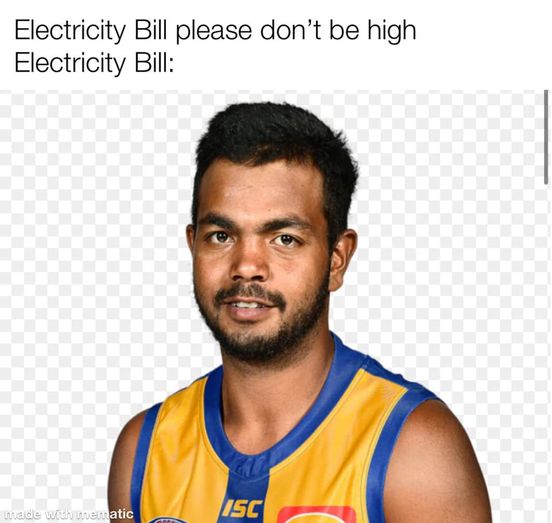 That's the only highlight from that game. 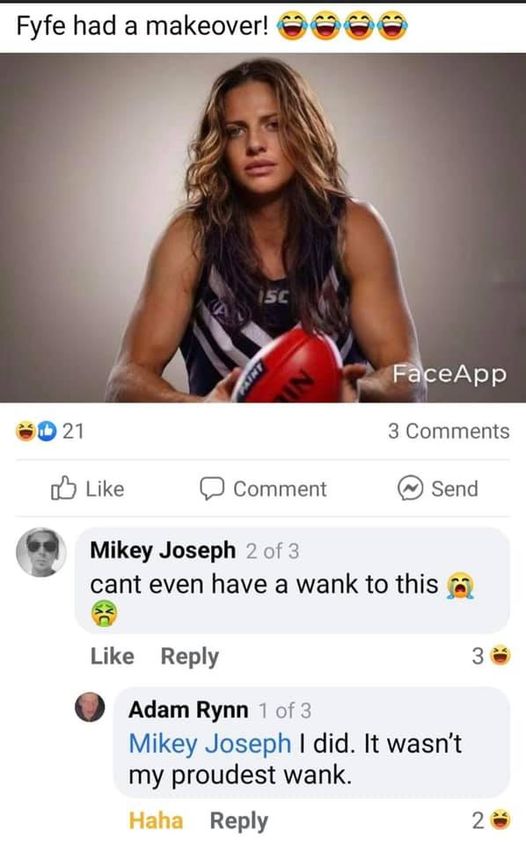 I can't even piece together how it's come about.

I can't even piece together how it's come about.
Click to expand...

We've fallen into a massive hole. Our gameplan is terrible. Our recruiting is even worse. We recruit guys that play one role and try to get them play another position. For instance, Trey Ruscoe was All-Australian in defence in the U18's, he hasn't played in that position at all while at the Pies, which is probably why he hasn't looked that good.

The 2 years we had Justin Longmuir as an assistant coach were our 2 good seasons, so maybe he had something to do with us making the GF.

It's sad but it was time.

Thanks for your service, Bucks.

That was an exciting last quarter.

Eric Bischoff randomly wearing a Collingwood hoodie in an interview. A man of good taste.

Nice to see Kennett doing a good job at the Hawks.