Now we've official word from several pre-order pages that the Atari 800 VCS certainly is still coming, set to launch later this fall for $399.

The Atari VCS 800 is now available for pre-order from Atari, Gamestop, and Walmart. It’s to be sold as part of a bundle that also includes a Wireless Classic Joystick, a Modern Controller, and a free copy of Atari Vault of 100 classic arcade and console games.

According to the Walmart pre-order page, the console will ship on Friday, November 27th. The last date to pre-order the bundles for their current prices is July 31st.
Click to expand...

This or a PS5.....tough decision this holiday!
Reactions: DigitalScrap, alabtrosMyster, brap and 11 others

Must be a front for money laundering, no other possible explanation.
Reactions: brap, ultrazilla, B D Joe and 7 others

Reactions: thismeinteil, ultrazilla, Vier and 3 others

So it's like a Raspberry Pi setup with a controller for emulation, just three times as expensive?

I'm not sure who the audience for this thing is.
Reactions: Stilton Disco

I like the idea of another lower-powered console on the market for indie games. But not like this......
Reactions: Happosai


Looks like a launch title?
Reactions: brap and Stilton Disco

Are they serious?
Wtf?

Could it be used as an emulation box as a higher spec'd nvidia shield?

Yeeeeah... Good luck with that.
F

..but cry so much I wish I had some

Me and my brother are usually into this kind of stuff and had been thinking about this, but for that price honestly I’m not going to bother. This thing is dead in the water, no way it stays for sale for very long. Might be able to get one a few months after launch for a huge discount once they start getting rid of them!

Good luck with that

When I was a callow youth, I lusted after an Atari 800 for my first home computer. The price of one of those in the UK back around 1983 was £400...so it's nice that the makers of these new machines are striving for that 100% accuracy, even going as far as matching the original price.
That's dedication for you.
Still means that I've got f@ck all chance of buying one, mind.
Reactions: kuncol02, Stilton Disco and SilverCelestial

This thing will be dead before Christmas.

The Retro - modern Games Console that evolved into half of a low end PC that has No games worth giving away. 399$ Seems like a good buy, right?
S

Optimised for the Atari VCS.

The device runs a custom Linux OS but also supports Linux, Windows, Steam OS, or Chrome OS if booting from an external drive.

Is AMD Radeon Vega 3 graphics good for gaming?
AMD Radeon RX Vega 3: specs and benchmarks
This is Vega architecture notebook card based on 14 nm manufacturing process and primarily aimed at gamers. It provides poor gaming and benchmark performance at 5.30 percent of a leader's which is NVIDIA GeForce RTX 2080 Ti.
Click to expand...

I will just go on playing my original Atari 2600 then I guess.

I expect the sales to pitfall.
Reactions: Greatest Of All Time, DaGwaphics and Havoc2049

Even at half the price, those things would be on the expensive side for what they're offering.

Even if this is probably a scam, I'm still curious as to how they came to this price, because they are going to likely end up having to refund a lot of distributors when these things inevitably don't sell.

I guess that since this means there'll be a third 9th gen system in the world by the end of this year, maybe they're hoping to get some accidental purchases tha won't get returned?
Reactions: DaGwaphics

I really dig the design of everything. I'll probably pick one of these up when they're under $100. At the very least, it's a good looking emulation box.

2080Ti ~1500$ card, That is whole system for 400$. Bigger problem is terrible 32gb of eMMC memory. That's too small and to slow for anything.
Reactions: chilichote

Which, with that power ratio, would translate to this things APU being worth about 80 bucks.

Of course you can buy the same thing at retail for about $50.

What about the rest of it's specs do you think makes up the other $350 do you suppose?

Stilton Disco said:
Which, with that power ratio, would translate to this things APU being worth about 80 bucks.

Of course you can buy the same thing at retail for about $50.

What about the rest of it's specs do you think makes up the other $350 do you suppose?
Click to expand... 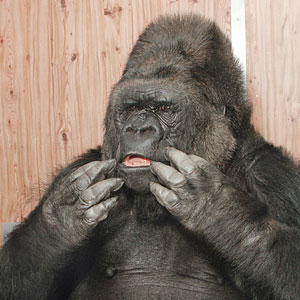 Maybe when they get dumped for 40 imma get one.

Originally it was already a stupid launch, now it is more stupid to launch it to compete with PS5 and Series X that will have a similar price.
Reactions: chilichote

Bollocks that would be $350. If nothing else the $50 I mentioned was for an APU, so there is no separate CPU. 8gGB of ram is only about $40 at retail, 32gb eMMC memory about $20, motherboard/casing $50 at the very most, say $60 bucks for the controllers, and Atari are making this themselves so licensing isn't a cost. That's 170 bucks, so round up to $200 for manufacturing and distribution, $250 at the very most.

Note that thats going off retail, not wholesale prices. It's likely far less to make then that.

I mean It's not like stuff like this doesn't exist already. The latest Raspberry pi isn't far off this and even with the cost of a case and controllers, you'd be well under half what they're asking for.

Hell, we'll be getting proper consoles at about the same time that will be around this price and packing the power of a 2070/2080. I know Sony and MS will be getting better deals on BOM, but this is very obviously a rip off.

How does it compare to a Tegra X1?

still waiting on a ship date for Indigogo backers

$399 has to be a joke or a serious typo. Who in their right mind would spend that much money on this when the PS5 and XBox Series X will be available around the same time frame. Do they want this thing to crash and burn really hard?

I would love to see a thing like that be successful but with that price there's zero chance for that.

I honestly would try that Missle Command game on Steam or something, but not buy a whole console for it.

Now we've official word from several pre-order pages that the Atari 800 VCS certainly is still coming, set to launch later this fall for $399.

This or a PS5.....tough decision this holiday!
Click to expand...

I wonder what things would have been like had their licensing deal with Nintendo worked out.

Northeastmonk said:
I wonder what things would have been like had their licensing deal with Nintendo worked out.
Click to expand...

possibly the Nintendo Jaguar or something funky like that
Reactions: Northeastmonk

I wonder why they think people are so nostalgic about Atari these days.
Reactions: King Harkinian and DadEggs

Nintendo’s invention of the d-pad would have put them ahead of their time. It’s a shame Atari kept with the same thing for years on end.
Reactions: Happosai

Yeah, but made by a known brand. Like Sega or something.
Reactions: DadEggs
You must log in or register to reply here.

Atari VCS goes up for pre-order for $249 and up

Jun 11, 2019 started Bullet Club
Feb 5, 2020
Deft Beck
2
Atari would love to ship its VCS console but – would ya believe it – there's yet another delay. This time, it's the coronavirus's fault