Meh...going to be too similar to the setting of old assassins creed. The mayan setting had me excited...this would probably be a skip for me unless its closer to the future.


radewagon said:
Give me some damn ninjas already.
Click to expand...

We already have ghost of tsushima...japan assass would be too similar.
E

Isn't Baghdad just more 'sand' locations? Got enough of that with Origins and Odyssey

Ghost of Johto said:
We already have ghost of tsushima...japan assass would be too similar.
Click to expand...

Nah. Move to a different time period. Early Japanese westernization/modernization would be great. The cultural tug of war is right up AC's alley.

Tams said:
Not to mention in reality they were pretty insignificant.
Click to expand...

Assassins are literally ninjas. Why hasn't there been a game set in China?

The last Assassin's Creed game I really enjoyed and poured dozens of hours into was Origins and that's because I loved the Egypt setting and because I liked that they attempted to emulate the RPG and combat aspects of The Witcher 3. AC Odyssey on the other hand was not a bad game (I dropped it about half-way through the main story), but the combat was just too arcadey for my liking and the special god abilities just didn't resonate with me. I have not yet played Valhalla, but I saw that reception on it was mixed so I don't know if I even want to waste my time on it. I know the AC games have not been stealth games for a very long time, but the less grounded in reality they become the less inclined I have been to revisiting the franchise.

Spaceman292 said:
Assassins are literally ninjas. Why hasn't there been a game set in China?
Click to expand...

As for why not China? I dunno, maybe they just don't care for it?
A

Baghdad? Count me in day one.
I wouldn't mind if they go back to Egypt again on another era., i loved Origins so much.
Last edited: Jul 14, 2022

I started with Origins, don’t know all the story bits. How far back could they go for it to still have anything to do with the assassin’s creed? Origins felt like the, well, origin story. Is it possible to go back further? Or maybe it’s better to start a new IP then? Isu Creed
Last edited: Jul 14, 2022

Punished Miku said:
Baghdad would be great as well, but Aztecs is interesting. We kind of did middle east already in the first game.
Click to expand...

Baghdad is OKish but I would much prefer Latin America and the Aztecs.

Feel like Eastern cultures could really use some AC love by now.

If it's Baghdad, can the team go there for research? 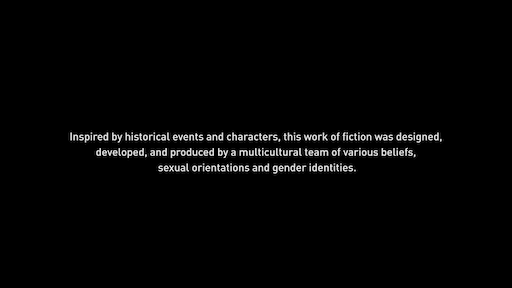 STARSBarry said:
"designed, developed and produced by a multicultural team of various religious faiths and beliefs."

Tams said:
As for why not China? I dunno, maybe they just don't care for it?
Click to expand...

That's what I said originally

I'm not returning to the series until I can be a Templar again (and I can buy it on Steam or GOG), and this is likely nearly the polar opposite.
Last edited: Jul 14, 2022

Topher said:
Feel like Eastern cultures could really use some AC love by now.
Click to expand...

But GoT already did it better.

DeepEnigma said:
But GoT already did it better.

Do we get to play as "Baghdad Bob"?

"This game is not shit, I promise you!"

I really wish Ubisoft would go back to it's original AC roots.

Assassin's Creed: Unity, even though a buggy mess in it's first year did everything right for the series.
Best: Stealth, Combat, and my gosh was the MP great with 2-4 players.

If they not playing Bombs Over Baghdad in the tv spot trailer, I don't want it .

Mephisto40 said:
Just can't get excited about this, Assassins creed Valhalla was just so boring, never even bothered finishing it
Click to expand...

Same, and I love viking shit. I loved AC Origins, but Odyssey and Valhalla felt like soulless copies of it.

Insiders continue to guess the next setting of Assassin’s Creed.

I hadn’t played one since Ezio, loaded up Valhalla on PS+ and what the fuck happened?

Can someone explain to me when and why these games changed so much?

Why did they change the combat to poor man’s Dark Souls?

Everything is gated by player level.

Super generic, boring as fuck. I’m a Viking and I can’t kill civilians without getting desynced? A little black boy is giving me missions? (No racial problem with that but it seems weird given the period)

Morrowind level exploring aimlessness. Congratulations, you’ve completed a quest, go find Ragnar at camp. I spent 15 minutes running into random houses looking for Ragnar or whatever. Most of my current quests amount to getting my base to level 3 or 4, finding codex entries, finding clues to the next members of “The Order” or whatever. Everything else is 5+ power levels above where I am.

Where the fuck is this shit? It’s tedious. If the game was better I wouldn’t mind but this is a chore.

TLDR:
Who gives a fuck? These games suck now. Stop buying this shit.

Well i have afew friends that work at ubi, go out drinking with them occasionally, from what ive been told rift is a smaller scale game compared the last 3 games and its basically a taster for infinity, obysessey developers are making a aztec ac game while infinity is rough 4 years away, apparently the idea for infinity is that there bringing back multiplayer from the older games while every campaign mission is going to be coop, pretty much the same coop which was in unity but ubi are still continuing making ac rpg games even past infinity, think of infinity is what warzone is to cod minus the battleroyal

First Assassin's Creed's Damascus is still probably my alltime favourite area in the franchise aside from maybe ACII's Venice, so I'm stoked to return to the Middle-East.

Also super stoked that they're apparently returning to a massive city. At least, I hope so. AC is at its best in an urban area.

Babylon is cooler than Baghdad.

I think they should have made an Assassin's Creed in the Aztec period, it would have been original and unique to the genre.

Because it is an important time with a lot of cultural richness.

names are for friends

Evil Calvin said:
Isn't Baghdad just more 'sand' locations? Got enough of that with Origins and Odyssey
Click to expand...

Mozzarella said:
This series has overstayed its welcome, any Assassin's Creed is just more of the same now, just make a new IP.
Click to expand...

This, although I understand why it’s popular - some people need their Call of Duty fix, some get that with endless AC games.

Evil Calvin said:
Isn't Baghdad just more 'sand' locations? Got enough of that with Origins and Odyssey
Click to expand...

It would be a bit thought provoking to show how around 600 AD the Middle East was way more advanced and civilised than European savages just starting the Dark Ages, so of course they won’t do it.

Sounds ok but i much preferred the Incan/Mayan rumours. I mean imaginre lush jungle environmnts, temples, wildlife, waterfalls, etc. Hell they could even mix in the whole 'ancients' philosophy of the games with the 'ancient aliens' theory.
J

zcaa0g said:
Do we get to play as "Baghdad Bob"?

"This game is not shit, I promise you!"
Click to expand...

Hopefully Ubi would be playing with a full deck of cards.
You must log in or register to reply here.