Academics detail a new vulnerability named CrossTalk that can be used to leak data across Intel CPU cores.

Academics from a university in the Netherlands have published details today about a new vulnerability in Intel processors.

The security bug, which they named CrossTalk, enables attacker-controlled code executing on one CPU core to leak sensitive data from other software running on a different core.

MDS attacks target user data while in a "transient" state, as it's being processed inside the CPU and its many data-caching systems.

More specifically, CrossTalk attacks data while it's being processed by the CPU's Line Fill Buffer (LBF), one of these aforementioned CPU cache systems.

According to the VUSec team, the LBF cache actually works with a previously undocumented memory "staging buffer" that is shared by all CPU cores.

The research team said they've been working with Intel on having the CrossTalk attack patched for the past 21 months, since September 2018.

The VUSec team said that patching this bug took more than the standard 90 days because of the complexity of the issue and because they initially didn't thoroughly investigate the possibility of a cross-core leak.

In the meantime, Intel has already made significant changes to the hardware design of its CPUs, and most of its recent products are not vulnerable to this attack.

For all the older Intel CPU lines, the chipmaker has released today microcode (CPU firmware) updates to patch the CrossTalk vulnerability -- which Intel refers to as "Special Register Buffer Data Sampling" or SRBDS (CVE-2020-0543, Intel-SA-00320).

"As with all side-channel issues reported to date, Intel is not aware of any real-world exploits of SRBDS outside of a lab environment," Intel said in a blog post analyzing its June security updates.

A list of vulnerable Intel CPUs are listed on this page (check the SRBDS column in the table). The list includes CPU lines for embedded, mobile, desktop, and server products.

The VUSec team has also published proof-of-concept code and a technical paper and website on the CrossTalk attack. Intel has its own technical write-up, here. 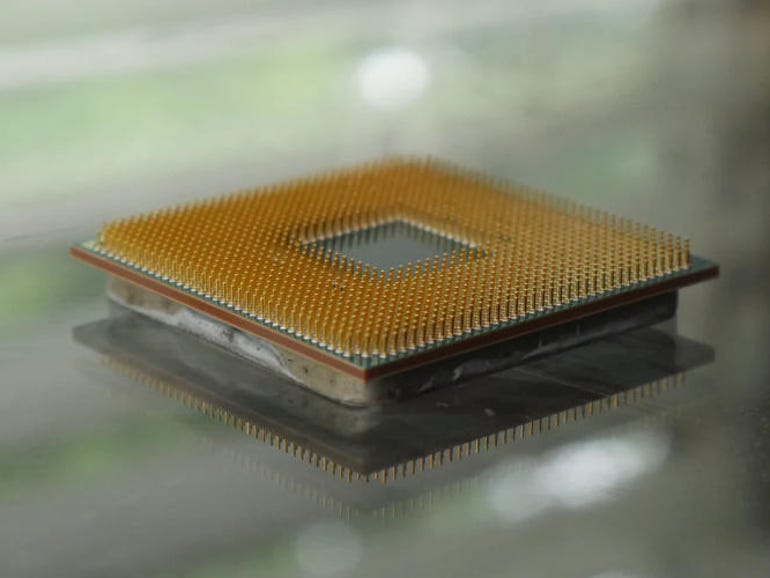 Academics detail a new vulnerability named CrossTalk that can be used to leak data across Intel CPU cores.

The mitigation strategy of very latest vulnerability in microcode tanks performance by a huge amount:

You are focusing on benchmarks too much.

So does this make my 6700k completely useless now?

So what does this mean for gaming performance?

Md Ray said:
So what does this mean for gaming performance?
Click to expand...

Nothing most likely, this is only an issue your some giant enterprise.
Reactions: Guilhermegrg and Md Ray
G

Md Ray said:
So what does this mean for gaming performance?
Click to expand...

Possibly game servers, if they use RDRAND/RDSEED/EGETKEY instructions for randomized events?
Reactions: PhoenixTank

But..... But.......[insert reason AMD is still worse and Intel is still better]. And clearly[insert why Intel is far superior and casual insult]
Reactions: draliko

Yes, take it out of your mobo and throw it really hard against a brick wall.
Reactions: Insane Metal and GymWolf

JimboJones said:
Nothing most likely, this is only an issue your some giant enterprise.
Click to expand...

Yes and no. Gaming should be minor, but there seems to be an impact on workstation workloads from the phoronix benches, but not as heavy as the worst case. i.e. not just massive datacenters.
You also don't really have the option to disable all these mitigations on Windows, but there is a reason Intel are limiting this to certain instructions despite it sounding like the vuln affects more (all?). I need to read more on it.
Reactions: Guilhermegrg and JimboJones

Coulomb_Barrier said:
Yes, take it out of your mobo and throw it really hard against a brick wall.
Click to expand...

I'm definitely moving to AMD for my next processor. Pity I only just upgraded a year ago, what the heck was I thinking going with Intel

LordCBH said:
So does this make my 6700k completely useless now?
Click to expand...

OF course not.
It makes it more inclusive.
As in "dear racially diverse Chinese hacker, come pwn my PC"
Reactions: LordCBH

llien said:
OF course not.
It makes it more inclusive.
As in "dear racially diverse Chinese hacker, come pwn my PC"
Click to expand...

I can live with this only ifthe hacker gives me some general tsos chicken.

Well, my friends.
It looks like I'm going full AMD for my next laptop.

FranXico said:
Well, my friends.
It looks like I'm going full AMD for my next laptop.
Click to expand...

Over the last 6 months, I've gone completely from Intel to AMD at home. Ryzen 7 3700x with X570 motherboard for the desktop computer, and yesterday I received my new AMD Ryzen 9 4900HS/32GB/1 TB SSD/RTX 2060 MaxQ Asus Zephyrus G14 laptop. Welcome to the red team!

Edit: Ironically, Ryzen 9 4900HS 35W CPU is likely the design what the consoles will be using in their APUs as it's within 10-15% of the performance of the Ryzen 7 3700x at significantly lower power draw.
Last edited: Jun 10, 2020
You must log in or register to reply here.