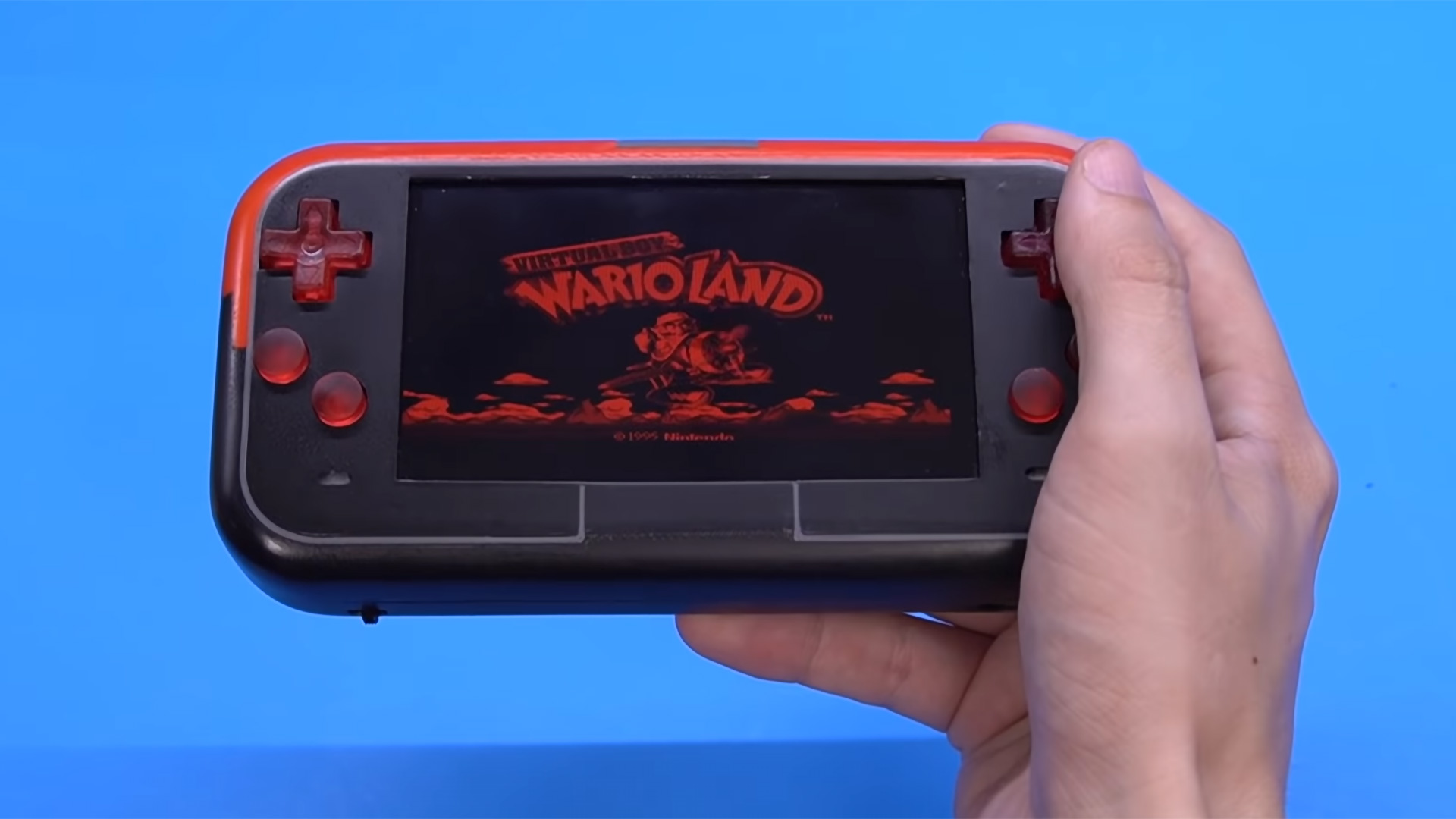 The Real Boy is made with actual Virtual Boy hardware…

The Real Boy is a handheld Virtual Boy which transforms the original headset-based system into a more conventional handheld design.

The custom design was created by Shank, a hardware modder who specialises in ‘portabilising’ and has previously created handheld Wii and GameCube systems, as well as Joy-Cons made out of a GameCube controller.

Shank stresses that the Real Boy does not use emulation, it uses actual Virtual Boy hardware.


Rather than the two-screen display, which was notorious for giving payers dizziness and headaches, the Real Boy has a single IPS display.

It also has a number of extra features, including light-up LED buttons, a USB-C charger, a headphone port, HDMI video output and compatibility with the Virtual Boy controller and link cable.

According to Shank, the mod took over a year to make and was “one of the most difficult and ambitious projects” he’s ever worked on.

“Being the first of its kind, I had countless unexpected issues and setbacks that pushed me to the edge of just giving up on this project,” he said.


Despite the work that clearly went into this, Shank says he had never owned or even used a Virtual Boy before starting the project, but took it on because he wanted a challenge.

“After finishing the GameCube Joy-Cons I knew it was time for me to experiment with a project that would put me outside of my comfort zone,” he said.

He did a good job.
Reactions: lachesis, Ma-Yuan, Krappadizzle and 2 others

What a cool little project. Wish I still had my VB. I completely acknowledge it as a bad platform for games, but I legitimately enjoyed my time with Wario, Mario Tennis and Mario Clash.
Reactions: NeoIkaruGAF
M

man pcbway is so awesome

I use pcbway all the time they helped my disabled dog walk again
Reactions: jaysius

Too bad it didn’t have 3DS’ 3D screens…..
Reactions: jaysius
You must log in or register to reply here.