Via Google Translate on the Italian article

After announcing the arrival of EA Play on the Game Pass in September last year, Microsoft and Electronic Arts have decided to postpone its release on PC, and launch exclusively on the Console. EA Play, formerly known as EA Access (or Origin Access in its PC version), is a subscription that allows you to play a selection of titles from the manufacturer of the same name, which can be subscribed both monthly and annually. The inclusion at no additional cost on the Game Pass Ultimate, for both PC and Console, should have brought a significant increase in value to the Microsoft subscription, however in the end EA and Microsoft agreed to postpone the release on PC and from December of the 'last year there was the most absolute silence on the matter, a silence that we will try to break today for you with the help of our friend Simone Franco .

The delay is mainly due to the lack of an efficient method of distributing the games included in the subscription. EA Play for PC is currently managed through a dedicated Electronic Arts platform, Origin,which, however, does not support the connection of the Microsoft account to check whether the user owns Game Pass Ultimate or not, therefore this cannot be the solution adopted by EA / Microsoft for the management of EA Play titles for Game Pass on PC. Another solution to distribute your games on PC is represented by the Microsoft store itself, as all the games belonging to the Game Pass already use this method. EA already had all of its games on the store in December, but in their Xbox versions, not compatible with PCs. The news we share with you today is this: in the last five months Microsoft and Electronic Arts have taken steps to upload versions of their compatible PC games to the Store , all marked with the code name "Rosebud". We are pretty sure (although there is no official yet) that these titles actually represent EA Play games for Game Pass on PC. To date, there are 75 Rosebud titles on the Microsoft Store , and they faithfully correspond to the games offered by the “traditional” EA Play subscription for PC. 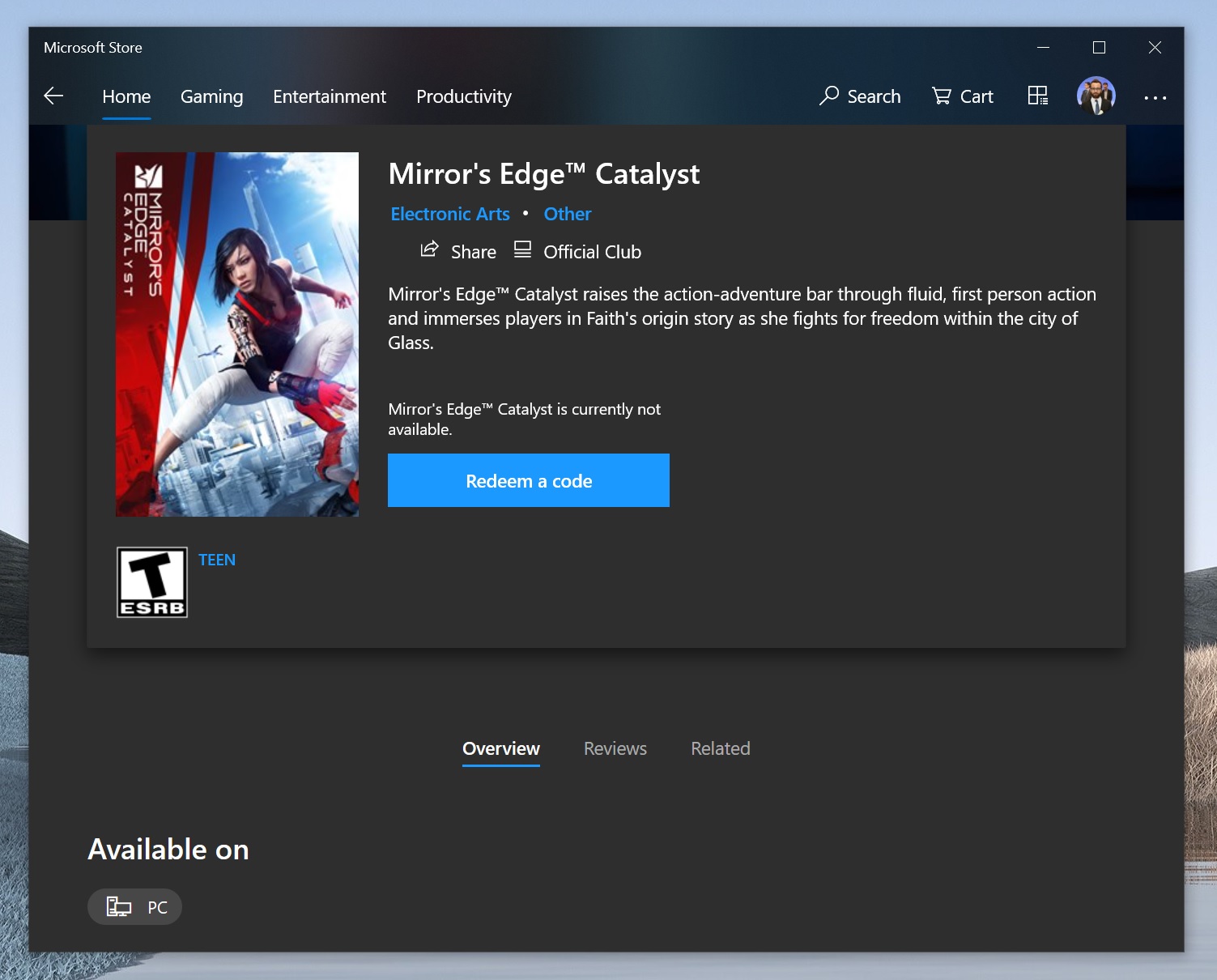 There is one interesting exception that we have found among the titles already present on the Microsoft Store and it is represented by FIFA 21 : a Rosebud version has already been loaded on the Store, although the game is not yet part of EA Play . Usually the new chapter of the FIFA series is inserted in EA Play in the period of the year April-May, therefore it is reasonable to expect that, at the same time as the announcement of EA Play for Game Pass on PC, FIFA 21 will already be available in the list of available games on Game Pass for PC
C

What does this mean?

CuteFaceJay said:
What does this mean?
Click to expand...

GPU on PC couldn’t offer EA play like on Xbox due to integration issues.

Seems like MS and EA have worked it out.

Why didn't they know this before they gave the September announcement date!
R

Don't give a shit, just bring NHL games back to PC.

Cross save and XBL integration i hope.

F1 2021 better be an EA Play title before the halfway mark of the season.
10000fps plus XBL crossplay?
Im so ready to be a consistent 22nd place.

P.S Battlefield servers better be ready for the Gamepass influx.

CuteFaceJay said:
What does this mean?
Click to expand...

Basically look at the list of EA play games are currently available on PC via the standard level of subscription - all of the EA published games will also be available via gamepass on the Xbox PC app.

real1 said:
Don't give a shit, just bring NHL games back to PC.
Click to expand...

Preach! Can't believe they still refuse to do it.

So just for EA Play on GamePass they had to wrap all those EA play games in UWP wrapper?
Last edited: Mar 14, 2021

real1 said:
Don't give a shit, just bring NHL games back to PC.
Click to expand...

Game Pass already unconteted best deal in gaming and now most Ea games will join in? Whoah this is getting crazy.

M1chl said:
So just for EA Play on GamePass they had to wrap all those EA play games in UWP wrapper?
Click to expand...

Phase one of world domination.

Other than FIFA 14? (which had hard fps locks)
Have any ignite Engine games gone to PC?
Maybe the engine has some legacy garbage that makes it ill suited for PC.
Pretty much every ex-Ignite title got a PC port.
So i guess pray for NHL to move to another engine.

But why? The current NHL game needs a complete overhaul, it’s terrible.
Z

So it's not even better than nothing?

zcaa0g said:
So it's not even better than nothing?
Click to expand...

I haven’t been able to stomach it the last 4 or so years. And in the years just prior it was showing severe rust. The entire game need to be re worked ground up with more modern animations and physics.
You must log in or register to reply here.