German Hops said:
Looking back, I'm amazed that Jimmy Johnson had so much success in the NFL.
Most ballyhooed college head coaches seem to always fail at the professional level.
For whatever reason.
Click to expand...

The NFL was a different world back then. Jimmy came out of Miami with better scouting reports on college players than most other organizations and a boatload of draft picks. Plus players absolutely love the guy.

Urban Meyer is a snake oil salesman type of coach. His offense was ahead of the curve when he was at Utah and UF. He combined that with being able to sell young kids on getting them to the league.

1. Everyone else caught up to his offense and many have surpassed it.

2. He recruited a ton of low character dudes and looked the other way to the point where kids realized if they were good, they could get away with anything. Hell, he covered up for his assistant coach beating his wife.

3. As soon as things started to sour because the culture he built was fracturing, he split. And you can only do that a couple of times before people realize what you’re doing.
Last edited: Dec 16, 2021

Pagusas said:
I live 5 houses down from him, as a true Cowboy hater I got to say he's an amazing guy, and very much apart of the community and active/caring towards his neighbors/people.
Click to expand... 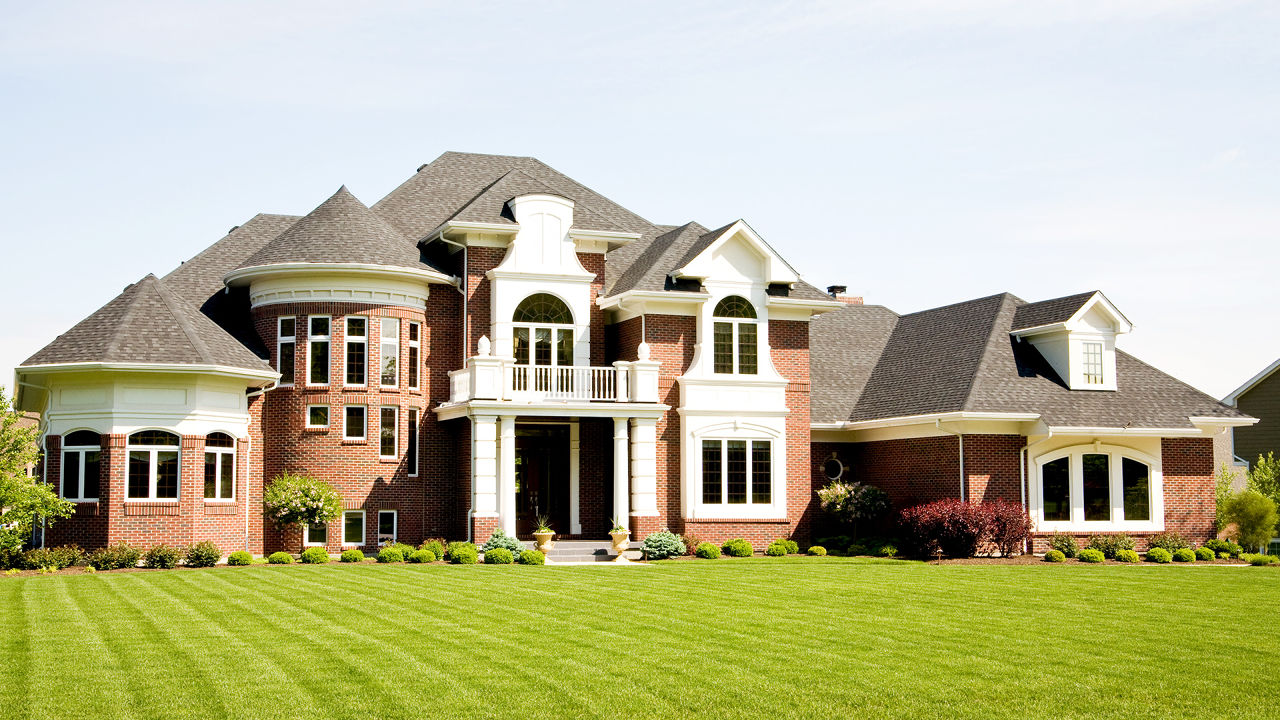 I think what I've gathered about Urban is that college football coaching is much more a cult of personality for the coach, all the systems and structures are subservient to his decisions and standards, motivation is whatever he wants it to be because he's dealing with 18 year old hopefuls... Then when he came to the NFL, not a single person in the whole set up bought into his cocksure bullshit..

apparently he pasted slogans around the place and hired motivational speakers.. puke

Pagusas can I borrow a few mill? I'll pay you back I promise.
Click to expand... 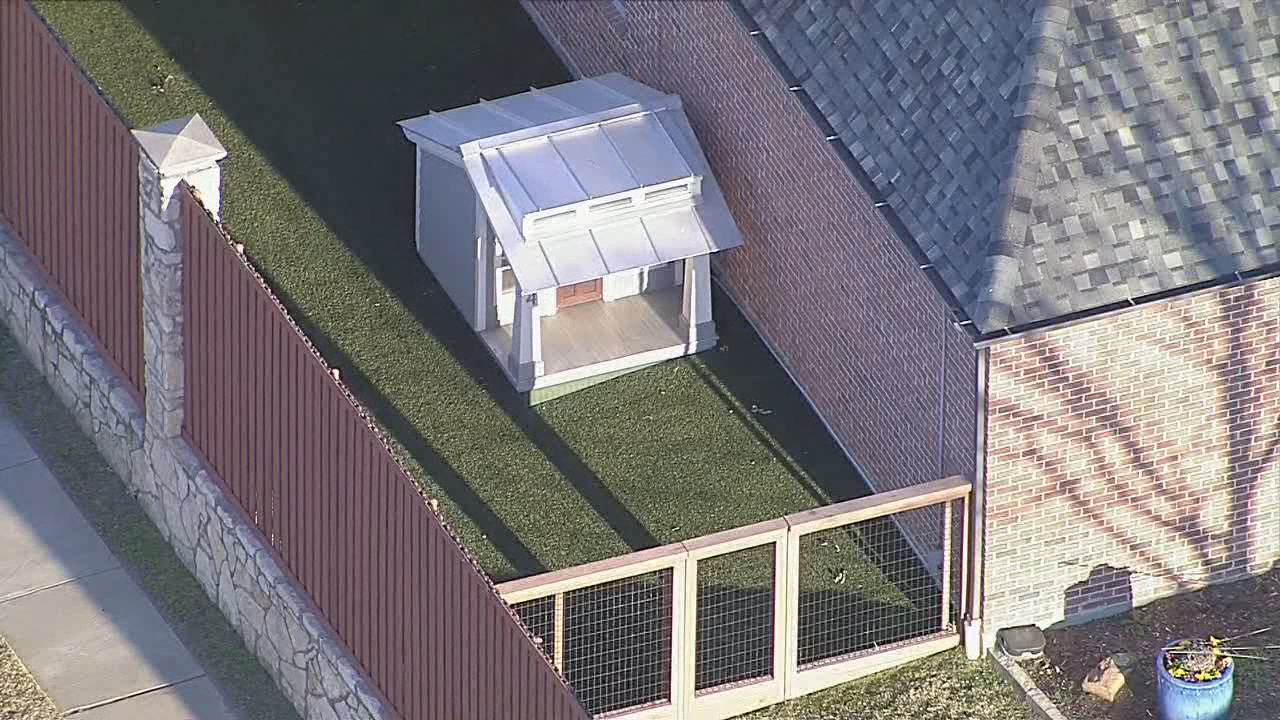 who's on the ground?

Pagusas this ur house bro ?

where are your sidewalks and trees
Last edited: Dec 17, 2021

Jesus am I wrong or was he having a seizure when he was taken off the field? His arms were quaking... puke... poor guy

Tschumi said:
Jesus am I wrong or was he having a seizure when he was taken off the field? His arms were quaking... puke... poor guy
Click to expand...

muscle spasticity secondary to brain damage. I don't know why they zoomed in on his face, that was awful.

12Goblins said:
muscle spasticity secondary to brain damage. I don't know why they zoomed in on his face, that was awful.
Click to expand...

glad i missed that particular shot

This is the worst day of my life.

12Goblins said:
This is the worst day of my life.
Click to expand...

You're going for the Chiefs?

Pagusas this ur house bro ?

where are your sidewalks and trees
Click to expand...

nope, we’re in the cul de sac and by far the smallest house in the area, not going to get more specific. when we built we were only the third house in the neighborhood and waaayyy below what the houses are now. the average house around us is in the 1.2 - 1.7 mill range now thanks to this crazy bubble and the gates of prosper getting built up right down the street (and now the pga headquarters too!). what’s crazy is before that we lived in Valley Ranch right next to the old cowboys practice field. then we moved to Frisco and they build the star (and frisco got way crowded) so then we moved up to prosper and built our dream home, only for it to get crowded now too. fucking cowboys keep following us.
Last edited: Dec 17, 2021

best day of my life

hey I was busy seeing Spider-man!

That incident with Dak’s dog was a couple years ago, lol.

I was hoping the Chargers would have won cuz a guy who annoys me with his existence is a Chiefs fan.

seems like the chargers threw that away with their analytics Garbo

my jaw dropped when he said this

Chargers lost and have potential and Chief's look like they're hobbling to their death, if Mahomes loses Kelsi, Hill he got no other options.

I think I am gonna skip picks this week. Between all the injuries, Covid cases, and rescheduled games there is no real way to accurately pick them I feel.


They are all just coin flips basically.

turnovers, turnovers everywhere! Steelers may even win this.

Zuerlein is such a waste of skin, I can’t believe we still have this trash.

Packers cling on mostly due to modern (stupid) play calling by the ravens. The pack were spent and would've lost in OT but no gotta go for glory with the 2 pointer.

My bae's spending a lot more time working from home at the moment, and that's great, but the free time for picking over results etc isn't quite there atm.

I'll be back with a vengeance!

I've been slack as hell guys, I've had no time for escapism the last week or two.. I'll try to get it together tonight
F

NFL wants a Bucs/Patriots so goddamn badly they can barely contain it.

Flash Junkins said:
NFL wants a Bucs/Patriots so goddamn badly they can barely contain it.
Click to expand...

I wouldn't worry about that. I've been predicting it for weeks so no way in hell is it happening.

Anyone else think the NFL needs to change their main camera to something that resembles Madden?

Passes longer than 8 yards are always like "I hope someone with our jersey is over there".

With injury, covid we got to see what the Browns are capable of, yes you can't be happy about the results, the interceptions but excellent job in holding the Packers under 30 points, and you can be happy about having players and coaches return.

Men_in_Boxes said:
Anyone else think the NFL needs to change their main camera to something that resembles Madden?

Passes longer than 8 yards are always like "I hope someone with our jersey is over there".
Click to expand...

i'm sorry buddies, christmas season has just completed soaked up all my free time... predictions will be back asap lol...

RIP John Madden, probably the chief reason i first came to like this sport!

Hey, sorry I've been so slack! Hope you guys have had a nice holiday season, and I offer you a quick set of predictions to make while hiding in your parents' toilet, or whatever the case may be.

I'm just jump straight in...
Falcons - Bills - unless covid has struck over the holidays or something I'm ignorant about I think this is a safe bet.
Giants - Bears - I think the Giants might be tanking at this point? With Jones injured? Anyway, I like Chicago.
Chiefs - Bengals

- I have missed a few weeks so I'm going with the safe bet but I'll pizza the Bengals.
Dolphins - Titans - Wow, I really need a form guide. Er the Dolphins seem to have got it together somewhat?
Raiders - Colts - my brother picked the Colts as dark horses before the season, I'll stick with what has seemed a pretty legit pick.
Jaguars - Patriots - coming off two or three gameweeks out i am believing in the Pats. Hope the Jags get some joy, though.
Bucs - Jets - The Bucs seem to have fallen behind slightly - at least Godwin has - but the Jets are the Jets.
Eagles - Washington - I dunno, I'm too out of touch, I like Antonio Gibson and apparently their fill in QB was getting better.
Rams - Ravens - this is a toughie! But the Ravens seem to have run out of steam somewhat of late, and Lamarr is questionable.
Broncos - Chargers - I just like Herbert, and I have Ekler and Keenan on my fantasy team so let's go.
Texans - 49ers - Credit to the Texans for not being headline-grabbingly crap but I can't pick against the 49ers.
Cardinals - Cowboys - Woe, hell of a matchup earlier in the season. This is hard. I'll go one way be might revise after some reading.
Panthers - Saints - Oh man that's tough, I'll have to read too. Has Cam and co actually achieved something recently? Are the Saints still crap at QB?
Lions - Seahawks - retooled or otherwise it's hard to go against the Seahawks.
Vikings - Packers - I hope this anti vax dipshit fails but I doubt he will.
Last edited: Jan 2, 2022

What's cooking guys. I've been MIA the past few weeks. I've been enjoying my vacation and I haven't been on GAF much. Going out with my girl for brunch in a bit so here are my quick predictions.

Eagles beat Washington
Panthers beat New Orleans: Dolphins beat, abused and battered Ian Cook last week. If the Panthers D does the same, the man might retire all together from professional football
Tampa Bay Buccaneers beat Jets
Titans beat Dolphins: I'm so proud of my Phins, the started the season 1-7 and they are now 8-7. We also control our own destiny, we win out and we are in the Playoffs. That being said I think Ryan Tannehill has a bone to pick and the Titans are 6-2 at home. I think Titans win but I will be rooting for my Phins the whole way. Pizza for my Phins.

Patriots beat Jaguars
Raiders beat Colts
Chiefs beat Bengals: This one should be close
Bears beat Giants: Does anybody even care about this game???
Falcons beat Bills: I'm most likely wrong about this one but I don't care, I can't rot for the Bills
49ers beat Texans
Chargers beat Broncos
Rams beat Ravens
Seahawks beat Lions. My gf made me pick this one since she's a Seahawks fan
Cowboys beat Cardinals: Love my Cowboys, let's keep the train rolling baby
Packers beat Vikings
Browns beat Steelers

I feel like this happens every time Edwards-Helaire is not playing... most underrated player in the league IMO

btw what does the pizza mean in your preds?

Well, that AB incident certainly will be discussed a lot.

Hell of a set of early games.

As the pats and bucs march on toward their inevitable superbowl meeting I have to wonder if a game featuring nfl fans least favorite team vs their least favorite player and featuring a half time show consisting of the worst music genre ever invented could possibly be the lowest rated superbowl of all time!

Toytown Assassin said:
As the pats and bucs march on toward their inevitable superbowl meeting
Click to expand...

Aaaaaand, he’s off the team.

I wasn't being entirely serious! I feel that if I keep predicting it it'll jinx the whole thing. It does kinda feel fated for them to meet though with the pats winning by such a vast margin that brady is shamed into retirement.

If I had to pick who I actually think will make it to the superbowl it'd be the pack and the chiefs atm.

Titans one win away from locking up the No. 1 seed and giving Derrick Henry another week of rest and recovery.
You must log in or register to reply here.